Completed ?For games which are 100% done. All extras and modes have been unlocked and finished. All significant items have been collected.
shru
about 1 week ago

Chulip!! I'm very curious about that one, how are you liking it?

Did you know? Onion Games has actually expressed interest in rereleasing Chulip and Rule of Rose. Hopefully that happens because I'm running out of kidneys to sell.
PM

If you're playing Replicant on Steam, you can fix the controller issue by disabling Steam Input. For the fps/vsync issues, you can always force those in your GPU's control panel.

Not sure of any other issues, but those fixes worked for me and my friends so /shrug
PM

Balan is the first game in a while I've seen nothing but endless hate for. I haven't seen something like that since Mighty Number 9 came out.

I just finished Episode 3 and the game is a little slow paced but i've been enjoying it! Hopefully episode 4 won't be too much of a chore

Thanks for the info on Wonderworld (also sorry for the late response). It's so weirtd seeing everyone crap on the game but you actually made the game sound really fun! I was planning on eventually playing it whenever I got a PS5 and I'll keep my promise on that front.

Also as a side note I started Ace Attorney Investigations! Since you're theme is AA themed I figured you'd like to know

Anyways hope you have a good day and stay safe!
PM

UtopianHero
about 4 weeks ago (edited)

How's Oddworld? I didn't even know it released already. It looked super promising from those trailers though- good to be back as my man Abe again.
PM

If you don't mind me asking who is Balan Wonderworld? I've heard very negative things but you have as a 5/5.
PM

Sounds good! I'll just ping you on steam whenever the time comes.

Haha, yeah I try to be pretty active on here. The longer I look at this site, the more incentivized I feel to actually beat games.

Feel free to add me on Steam or PSN if you're down for some co-op! I have 4.1 physically on PS4, but my friend wants some co op footage for her channel, so I grabbed the rest of the games on Steam since D3 is doing a huge sale.

(IDs are in my profile description btw)
PM

Good morning and thank you for the add!

Flashman85
about 3 months ago

Well, Kairo (so far, at least) has one staggeringly ill-conceived puzzle for the sake of an optional Achievement. But otherwise, I've been pretty pleased with the difficulty level.

The Pedestrian was recommended to me in my Steam Discovery Queue a little while back. I remember being on the fence about whether to wishlist it, though; it looked like *almost* my kind of game.
PM

shru
about 3 months ago (edited)

It took me a while to parse your message because there are so many different titles I'm not really familiar with, heh. And having certain sub-series with and without localizations / official English titles is even more confusing.

Your post has made me realize that directors (and other key staff members) aren't something that I pay enough at attention to for games. Maybe it's tempting to generalize and say something like, "oh, this game was bad because the publisher got lazy and pushed it out the door to soon.", but having the right or wrong person at the helm of the development team can make a massive difference too. Especially in something like Ace Attorney where everything resolves around the scenarios themselves.

Plus, following certain staff as they leave one company and join another is probably very useful. There aren't too many long-running video game series that really stuck with something that resembled it's original vision. So the person who was responsible for that original entry might do a better job of recapturing that vision in an entirely new property than a different group of people working on a new entry within that series.

I didn't realize that Takumi returned as director for the Dai Gyakuten Saiban games. Maybe it's a superficial prediction, but I get a sense from Saiban's character designs that those games might take themselves more seriously than the original Ace Attorney games. I'll be sad if the ridiculous witnesses are toned down, because that really is one of the greatest elements of the series. The over-the-top reaction animations when you tear down a witness' lie really give the games' conversations a sense of tactility that I haven't seen in another game.

Something I've been trying to figure out is if the games originally took place in Japan or not. There are certainly are a lot of blatantly Japanese references, like Kurain Village. But the fact that handguns keep coming up in the possession of people who really wouldn't have access to them in Japan makes me think that it's not actually supposed to be set there. Maybe it's some sort of weird syncretic Nipponized America? I'm not sure, but it's fun to try to guess based on what's in the games.

Thanks so much for the update! It's definitely been relegated to my list of "games to buy if heavily discounted" now. I've heard great things about the story, but if the gameplay makes me want to tear out my hair, it might not be worth it. I suppose we'll see!

I admit that Next Order looks good, but I'm actually super interested in Digimon Survive. It just seems like a surprising and strange direction for Digimon to take, but I'm really hoping it's executed well. The number of delays even before COVID hit makes me hopeful that they were originally delaying it for quality control issues, and the final product will be fantastic.

Thanks again for updating me! Really appreciate it.

Star Fox Zero not a unenjoyable experience, but I guess it does make me a little sad, because it's very clearly a well produced game underneath which is marred by Shiggy bursting into the room declaring that a completely unnecessary novel control scheme must be shoehorned-in. It has some cool environments, a neat new transformation mechanic, and runs at rock-steady 60FPS at native 1080p. Said control scheme is every bit as bad as you've heard it is; aiming on the tablet creates awkward context-switches and really doesn't solve any problems or allow for new gameplay opportunities.

It's at it's best in the more straight-forward linear path levels (think Corneria in SF64), where you can almost forget about the tablet for the most part. More open levels where you do need to play with the tablet are definitely less enjoyable. At least, the game is pretty forgiving so I never had to redo any content, which does stop it from being frustrating. There's also a stealth mission where you explore a zone in a hovercraft for some reason... no idea who thought that was a good idea, but it was a 20-minute-long pace-killer and was the low point so far.

The game is a bit desperate to make callbacks to Star Fox 64, to the point where it makes it a bit difficult to remember what's new. A lot of the planets, characters, quips, and story-beats are ripped wholesale from SF64, which comes off like they were cynical about whether or not a new Star Fox adventure could stand on it's own merits. Very Rogue One.

All in all, it's a pretty fun game which doubles as an item of study. I find games with questionable development cycles pretty interesting to play through while trying to make theories about where things went wrong in development and how it came to be the way it is. Like you said, it's a very cheap game. I picked it up for $20 CAD brand new with the Star Fox Guard pack-in. If you're interested in it, I'd say it's worth the price of admission.
PM

Reddazrael
about 4 months ago (edited)

Fingers crossed the next dungeons are better for you, though! At least the gameplay sounds engaging, that can make even the worse slogs bearable.

Edit: Forgot to mention that I highly approve of your banner and icon. One of my favourite game series of all time, without question!
PM

"I would rather climb Pokémon's Mt. Coronet twice than enter Kowloon once again."

You cannot imagine the horror those words fill me with. I have no familiarity with Cyber Sleuth beyond it being on my wishlist, but I now know I don't want to play that particular stage.
PM

I assume stuff coming out in 2021 is what you mean?

Shin Megami Tensei V is the big one. I only got into mainline SMT in 2019 but since then I've been quietly waiting and it's almost here!!! I'm also interesting in trying the HD remaster of Nocturne.

I'm also thinking of trying Monster Hunter Rise since I've never played a MH before and the world of Rise looks right down my alley!

Other than those, just hoping for 2021 release dates for Breath of the Wild 2 and Final Fantasy 16.
PM

Happy New Year, fellow backloggers! What games are you all looking forward to in 2021?
PM

Thanks you for the info. Most of those games I know vaguely by name only, or not at all, so it's very helpful! I'll try to go into the different-director games with an open mind if I try them, but noted that they are a bit contentious. I'll let you know what I think if I try any!
PM

If I really like Phoenix Wright, what other series should I investigate? I've played the first Danganronpa, although admittedly I found the writing pretty juvenile.
PM

Yo what, Wreck-It Ralph was in Sonic & Sega All-Stars Transformed? :0

This is the first I'm hearing of this!

Hi there! It's nice to meet you. My name is Rafael, alias Strawblaze/Strawfire.

I've worked on producing journalistic content about video games for over three years and officially translated games such as Dauntless and MINImax Tinyverse. I've mostly abandoned video game journalism as it is (for conspicuous reasons). However, I still follow as many gaming industry events as possible and keep a good relationship with most publishers and developers. [...]

I play all kinds of games, though I usually prioritize new/unique experiences. Oh, and you might notice I've played a lot of MMOs to date. It's a genre I grew passionate about and love to discuss.

Feel free to visit the Top-Rated category and check my favorite games. Please note that as far as I do my best to keep my Backloggery as updated as possible, there might always be a few titles I forgot to add. Moreover, I only add games, fan games, campaign DLCs, and 'total conversion' mods. I don't add accessories, soundtracks, and cosmetic DLCs.

= Games I haven't started or beaten yet;

= Games I reached the credits;

= Games I completed all the objectives I intended to. In other words, this might exclude unnecessarily overwhelming or unrewarding tasks, such as completing the Hyrule Compendium on TLOZ:BOTW or collecting all the costumes on SMO;

P.S.: I prioritize Multitap over Memory Card. That means my Memory Card entries might be a bit inaccurate sometimes. I'm using Backloggery mostly to socialize and track the games I played rather than cleaning my backlog. Thus, I often use Stealth Add. 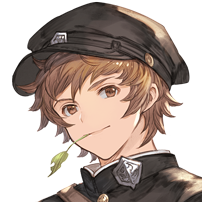 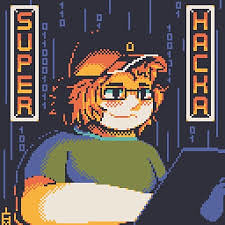 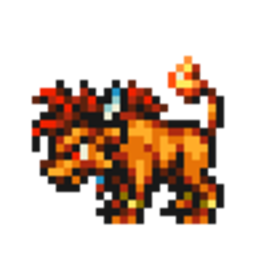 I won't rest until I've inspected every suspicious-looking nook and cranny.