Completed ?For games which are 100% done. All extras and modes have been unlocked and finished. All significant items have been collected.
drowninglessons
about 9 months ago

Ah, a fan of Darker than Black! Such a great show.
PM 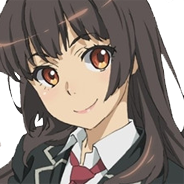 I'm really bad at talking about myself, so here's a list of some of my favorite things. (づ｡◕‿‿◕｡)づ

= Haven't touched, briefly tested (<1 hour of playtime), or only played before I created my Backloggery account.

= Played for at least an hour but haven't gotten to the end yet.

= The main objective has been finished. For games that don't necessarily have a final boss or level to beat, I use a different objective to measure the unbeaten/beaten status, like paying off all of my loans in Animal Crossing.

★ Game ratings are purely based on my enjoyment. 5s are top favorites, 4s are favorites, 3s are fun, 2s are okay, and 1s are awful.

★ Consoles are in order based on when I obtained them.

★ Humble Bundle/Fanatical/Indiegala games won't be added until I actually start them.

★ PS+ games will be nulled since I don't regularly keep up with my PS+ subscription. I plan on pretty much always being subscribed to Xbox Live, however, so Games with Gold will be added once I claim them each month.