Completed ?For games which are 100% done. All extras and modes have been unlocked and finished. All significant items have been collected.
Faiz
about 3 months ago

MBN is recommended! The puzzle difficulty is decent, nothing crazy big. The writing has some excellent moments as well as decent queer representation.
PM

Faiz
about 4 months ago

I do love my Lite! I just haven't been gaming much in bed, and when I do lately it's my 2DS XL. I also blame the Aggretsuko match-3 game.....

Faiz
about 4 months ago

Re: Cadence of Hyrule, it's super easy to die in the beginning while you're learning the mechanics. It's starting to click, I just haven't been playing it much (weird, I know). I also am relegating it to my Lite for the tightest feeling input, meaning I'm not picking it up as often.
PM

Faiz
about 11 months ago

Yep, finally getting to the final Wii Taiko! 5 titles, not a bad run for the system.
PM

Faiz
about 12 months ago

Just beat Impossible Lair today! Much better than the first game (which I did not finish and gave away). Rather long but depends what you're looking for.
PM

Crazy, isn't it? I might need to back off this site for the coming year if I actually want to focus on other life goals. Sad but we'll see!
PM

I would say Odyssey is top-tier. The quirkiness is what sells it for me. Galaxy 2 was an amazing game, but I don't remember many specifics about it. I feel like I'll remember more about Odyssey just because it wasn't afraid to get weird. I hope Nintendo keeps experimenting with their IP!
PM

Yeah, DQVII is going to be one of those "slow & steady" kinda games until suddenly it's over. I'll no-life that while you no-life Future Tone.

I liked how reasonable it was to get 100% in Pirate's Curse. Each area shows you how many squid and cacklebats, and you can easily buy all the upgrades without having to grind.
PM

My coworker was just telling me to watch Steins Gate. Interesting.

How many hours for Picross?
PM

Yep, it was an iOS game originally, sooo... don't expect much.
PM

Year Walk was aight... I think I beat it in far less than the 90min listed on HLTB. It's not really scary, but it's a decent game.
PM 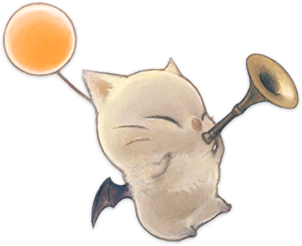 I feel your comment on Diva X...I feel this
PM

Faiz
about 5 years ago

PD > PM. Mirai is cuter and easier, but mostly I wasn't a big fan of the song list (with a few exceptions, e.g. Hello Planet). I kind of expected an extra difficulty level to open up after Hard, but there were some 9s on Hard at least.
PM

I'm the world's slowest reply-giver but YES Life in Strange was my 2015 GOTY all the way and back.

I bought it all on PSN and then... re-bought the Limited Edition physically so I could get the physical soundtrack. Which I now listen to every day on the way to and from work.

And I wanna replay the whole thing to see some different options........ LiS is my prison. BUT IT'S SO GOOD
PM

Faiz
about 5 years ago

I'm only on area 8 or so of PoKross, but I WILL defeat it. Good luck on the Guild games!
PM

are games that have, for one reason or another, ended up in my collection but that I currently have no intention of seriously playing (most likely because they are in Japanese and I wanted to collect them, but I am too lazy to put forth the effort it will take to play 'em when I have plenty of English games in the queue already). Also, even if a game does not have a traditional "ending" (like Tetris), if I have played through it to my satisfaction, I will list it as

because I only use

for games that I do not currently intend to play.

Five: Must buy/day one purchase

Four: Would likely be a must buy but for the fact that I need to beat other games in the series first

Three: Trying to decide if I can justify it

Two: Intrigued, on my radar for now

One: In a world with infinite time and money

For the most part, unless I am prepared to import a particular game, only games that have a confirmed North America release go on my wishlist. 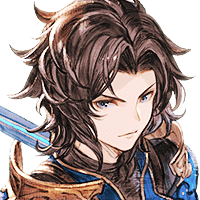 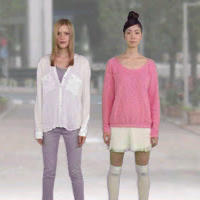