Completed ?For games which are 100% done. All extras and modes have been unlocked and finished. All significant items have been collected.
EricOlson
about 1 week ago

Apparently XBL itself is having major issues right now with achievements not unlocking. I'ma back off for a bit until this is fixed. On the bright side I did manage to get 3/5 Attikus lore challenges done in one mission, including nailing Rendain in the face first try.
PM

Shiren The Wanderer: The Tower of Fortune and the Dice of Fate will have a server shutdown next week/end of December 2019. There's a single online trophy that's involved that is possible to get solo but it is likely dependent on the online. Wanderer Aid/Rescue, multiplayer, and ranking is affected by the shutdown.
PM

CD Projekt Red is discontinuing console support on 9/6/2020. Not sure if this will mean a server shutdown.
PM

Battleborn servers are shutting down in January 2021. The virtual currency - platinums - is ending on February 24, 2020. After January 2021, the game will be unplayable. I guess I need to work on Battleborn next for a Platinum.....
PM

I haven't played the first one either, and what with the 3DS not really being a part of the future, I think this will become a rare game too.
PM

Uncharted 2: Among Thieves, Uncharted 3: Drake's Deception and The Last Of Us PS3 multiplayer servers are shutting down on September 3, 2019.
PM

Boyce
about 1 year ago

You will be OVERJOYED to learn I have added a 5th Platinum to my trophy collection!!

highanimalhouse
about 1 year ago (edited)

Warhawk and Twisted Metal (PS3) will shut down on October 25, 2018. Both are nearly impossible to Platinum.

EDIT: PlayStation All Stars Battle Royale (PS3/Vita) is also shutting down on October 25, 2018. It's slightly easier to Platinum, although the servers for that game were never too stable.
PM

Yikes, the requirements for the trophy/achievement are pretty step. I wish you the best of luck! :everyman
PM

Next week, the Great Backlog Purge will end. I'll be removing the games I traded in from my list since it will be physically impossible to play them all and they will go to better homes.
PM

Oh, I see what you're doing. You better not get that Platinum before me! I've been slogging away at it for a year now. For one stupid trophy. Pointless one too.
PM

I see you're playing FF XIII. I have to admit, that was my reaction to the Chapter 9 boss too. It's after Chapter 9 that the game hits it stride and you realize some of the creative decisions behind it's linear nature.
PM

I'm trimming my game collection quite a bit soon. My collection is grown out of hand and I honestly do not see myself playing Xbox / some of my Xbox 360 games / a good portion of my PS2 games / quite a few 3DS games.

So essentially I'm a PS3 / Vita / PS4 gamer now. Almost everything I buy now is on PS4 and I will play them sooner.

I may sell my Wii U and Switch too but I haven't decided.
PM

Another one bites the dust: Sword Coast Legends' servers are shutting down on July 25. Unfortunately, the game was delisted in December 2017 but the servers would work for an indefinite period of time after that. I guess that's 7 months.
PM

Iunno maybe... lists seem to be pretty similar to P4Dan's, and that was really easy.
PM

That would be nice, though at the same time it would be annoying since I jus imported them lol
PM

EricOlson
about 2 years ago (edited)

EDIT: I can't possibly keep up, but I always love (love?

) hearing what the new game is that's losing cool features.

Assuming I ever even purchase it someday.
Glad that you're getting them at least.
PM

The origin of my name: I was stumped on a username and I remembered I had a copy of High Fidelity and National Lampoon's Animal House. No drug use implied or intended. I don't even drink anymore

2015 continued from a terrible 2014 and was actually better on every platform out there. From AAA console games to indie to handhelds to PC, everything had incredible games. Of course, Giant Bomb gives a level editor for Wii U their GOTY award (clearly, they don't have time to devote to games like Bloodborne, The Witcher 3, Batman: AK, AC: Syndicate, etc.). I think Polygon gave Her Story their GOTY. Not sure about other sites. And other sites seem to harp on 'blah, games are terrible this year' instead of being in awe of what was out. Any year that had Bloodborne, Splatoon and The Witcher 3 is a great year IMO.

My ratings: I try to give each and every game I play a fair shake. I don't really rely on publication reviews (IGN, Gamespot, Giant Bomb, Joystiq, etc.) when I play a game. I try not to give out 5 star ratings that much if at all. It has to be really exceptional to me to warrant that. I also try not to have impossible exceptions when playing. I try to go by what I call 'addictiability' -- it is a made-up word, but it describes the feeling of playing continuously: how much do you want to finish a level or a game while playing it? Is the game fresh and enjoyable even when it is difficult? Where I have a problem is a lack of fun for me in certain games....most of the 1-star ratings I give are because of that.

My feelings on emulation: I'll be honest -- I do use emulators for some of my games. However, it is NOT the same thing as a physical copy of the game. I do have games beaten that were emulated, but I would be the first to tell you if you have the means or the systems, get it in the original format. Emulation is like looking at a photocopy of a picture -- it's the same thing, but it's lost a lot while being photocopied.

I'm a trophy hunter now: As my tastes and interests have changed and my desire to collect less has lessened, I'm becoming more of a PlayStation trophy hunter. So a lot of my earlier collection is going to get traded in or sold. At the local game store, I ended up having about $1000 in credit. With 2019 being a big year already, I'm going to be getting fewer games and trying to not to be swayed by PSN store sales (although it's really hard!)

My banner image was stolen from the web

Completed: Tales From The Borderlands  (PS3) 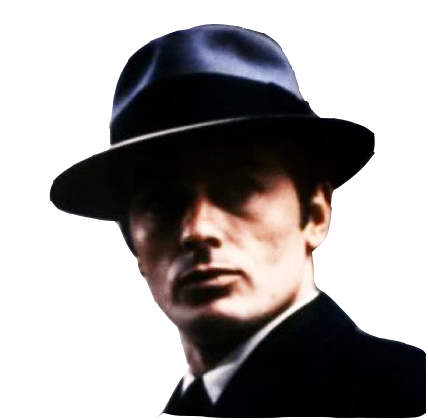 Pretty much a Platinum hunter now.