Completed ?For games which are 100% done. All extras and modes have been unlocked and finished. All significant items have been collected. 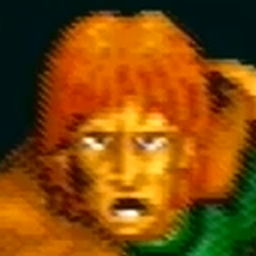 Greetings, am NamajnaG AKA Naram or Naramgamjan.
I've been commonly known under NamajnaG for over a decade on the Internet. My older name was Filou13, which I've dropped permanently in 2010.
I mostly play older games but I still play newer games from time to time.

I'll play almost any genre of games, but I am not fond of the multiplayer fad and the "build craft survive" type of games that have been emerging left and right in the past few years, despite playing some of them in the past, notably Counter-Strike and Quake. I'm also not a huge fan of games that highly focus on an open world, and prefer smaller, but meticulously crafted worlds and clever, concrete maps with high standards in level design.

I've started speedrunning in 2005 with Donkey Kong 64. I was not a serious speedrunner by any means since I was young, but did a few full 101% runs a year, attempting to beat SDA's best time for 101% at that time. I came close a few times but never succeeded, plus full DK64 runs were longer than what could fit on a VHS at the time and my computer did not have much disk space so recording for 8+ hours with a capture card was impossible, therefore I could never submit my runs in a legal manner. I quit speedrunning circa 2010 and came back to it about two years later. Since then, I have broadened my speedrunning portfolio to nearly ten games, four of which I've practiced and mastered very seriously, and I have participated in numerous speedrunning marathons.


My favorite genres of video games are shmups, preferably vertical, and all types of RPGs, whether it be computer, japanese, tactical RPGs or dungeon-crawlers. I love many others but these are the most notable.


My rating system works as follows, I am aware it is a bit cryptic ;

Notes about my profile ;
-All Saturn games in here are backup copies, because I don't have 10,000$ to burn on Saturn games, as much as I'd like to. I play on a North American Saturn.

-All Genesis games are being played on an EverDrive flash cartridge.

-All GBA games are being played on a softmodded XBox on emulator, simply because I do not personally like playing on handheld systems.
I'm not a fan of emulation by any means, and I tend to avoid it as much as possible, but I currently do not own a GBP so this was the best alternative for me with the systems I currently own.

-This list is incomplete, I've tried adding only games that I've never done or that I've completed recently (excluding N64, because that category was barebones and I don't intend on playing much N64 anymore), and only titles that I own in physical or digital format. This is mostly due to the fact that I can't possibly think of every single game that I've completed in the past on the fly and I want to keep this backlog clean and not include games I've completed 15+ years ago that I do not intend on replaying ever or that I no longer own and do not plan on buying again.

-Every MSX game is being played on emulator

-Everything else on here I own in physical form, except for every game that is marked as "Other", those are digital. Some Japan only games on SNES are being played on an SD2SNES, some on a repro cart, and they are translated.