Completed ?For games which are 100% done. All extras and modes have been unlocked and finished. All significant items have been collected.
wafflerevolution
about 3 months ago

Raw 2 is my favorite WWE game pretty much ever. custom soundtracks, 4 player story mode, great creator toolsets in all areas including entrance, tron, moves, wrestlers, and caws. the gameplay itself is a bit easy in most areas but still fun. anyway, love it. enjoy!
PM

Mamba_Tabac
about 4 days ago (edited)

Well we are at the end of another year, and yes that means it's GOTY time! Even though I have only been playing it for a week, my GOTY is easily Cyberpunk 2077. Despite its issues I can tell already that it is going to make it among some of my favourite games of all time. Runner up goes to Streets of Rage 4, that totally exceeded my expectations and ended up being a worthy entry into the series.

Looking back on 2020, the pandemic ultimately meant that I bought far more games than I normally would and at the time of writing I bought 210 games this year, which quite frankly is ridiculous. That is literally 4 games a week. So next year I have to buy less, this can't continue. Which nicely brings me on to...

1) To buy less than 100 games. Less than 50 would be even better, but... well... I know me...
2) To beat the games I buy.... or at the very least play a big chunk of them. Too many games I check function, then on the shelf it goes. No more...
3) To actually get a positive memory card score. This time. For once...
4) I will do my alphabet challenge again but this time in any order and subscription games and games I don't own are allowed.
5) New for this year will be a year challenge, where starting from 1990 I will try and beat at least 1 game for every year from then to the present. Same rules as above apply
6) To try and beat as many of my physical PS4/XB1/Switch games as I can
7) The usual challenge of beating 100 games minimum
8) I have a few games that I really REALLY need to get around to, such as any Pokemon game, The Witcher 3, Mario Galaxy 2 among others
9) Next 2D Castlevania game in the portable 'metroidvania' series to do. Portrait of Ruin I think it is? Whatever the 2nd GBA title is...
10) To catch up on all the many, many Assassin's Creed games I've missed, which as it stands is about 11years worth....
PM 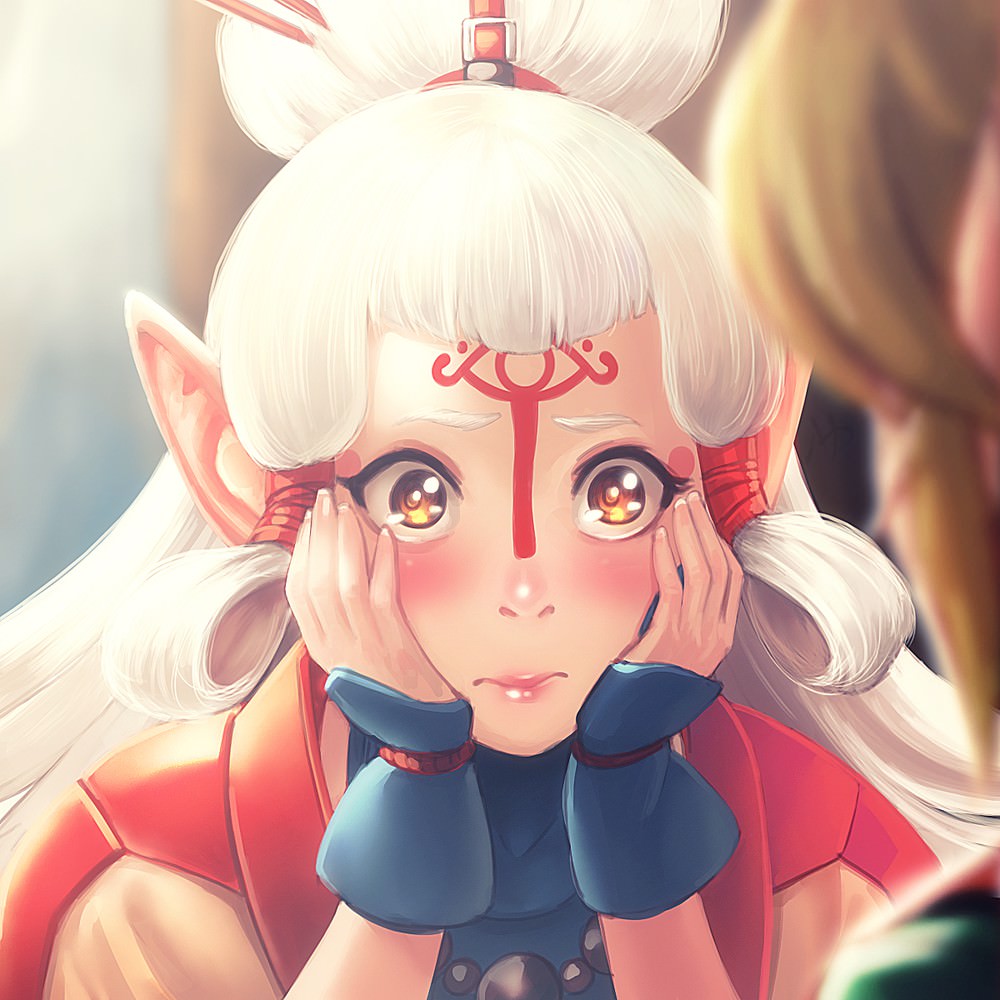 It has been an exceptional year for increasing your collection thats for sure.
PM

Mamba_Tabac
about 5 months ago (edited)

Another year draws to a close and its time to talk GOTY. For me it has to be the Remake of Resident Evil 2, because not only was it excellent... but also in terms of what I have played this year it doesn't really have any competition. Also as we are about to enter a new decade, we also need to talk about GOTD. There were lots of excellent games released over the last 10 years, such as Mass Effect 2, Dark Souls and Hellblade... but for me there is one clear winner, and it is The Legend of Zelda: Breath of the Wild. Never before has an open world game captivated me so easily, and kept me completely entertained right to the conclusion. I may even think it might be the best Zelda game period, and is a crowning achievement among Nintendo's admittedly already stellar portfolio!
PM

and I've actually used the site properly for about half of them.
PM

well, I got them both fixed today. cost me a lot though.
PM

that has happened to me before... it's really annoying lol
PM

I have discovered that a fair few games for whatever reason I completely forgot to add on here after buying. It was only after looking through a friends backlog and seeing some games I knew I owned but weren't on here that I realised! Hmm... best go through them all and check - could take a while...

10 years on the Backloggery today!!
PM

Recently I have noticed that with regards to my retro gaming activities pretty much all of my focus has been on titles from the Dreamcast and earlier. Well that is about to change. I have decided to dedicate some time toward the PS2, XBox and Gamecube, so I have picked 5 games from each system across various genres for me to tackle over the next few months. We shall see how I get on...
PM

It was a bit odd, very slippery in the controls which really didn't help platforming. If it wasn't for the rewind feature I dont think I'd have the patience to beat it.
PM

I can imagine, really could do with an multi-entry edit option oin here
PM

Gotta say, 400 is a lot lower than I thought it was gonna be.
PM

Over the past 4 days I have gone through my entire collection and 'nulled' every game I don't care about/will probably never play/will never finish/probably can't be finished.... my god that was a lot of games. Nearly 400 in fact. This means that my stats have almost improved by 10%. Now to try and get under 65%...
PM

I have made another decision. There are a hell of alot of games on my backloggery that I... don't really care about and know I'll probably never play. So I have decided to null everything I don't care about so I can focus on the games that I do actually want to play and finish. If I ever feel the need to play any of these I can always re-activate them later...
PM

Hi all - my name is Andy and I have a video game problem...

It all started when I was around 6-7 years old, and I developed an obsession with those LCD handheld games you could buy. I had the Turtles one, a racing one, and another one I can't remember... along with something called "Sky Fighters 3D", which you looked into like a pair of binoculars. It was kinda cool.

Around 1987 or so I would see arcade games while out on holiday, and played something called 'Pac Man'. I was instantly mesmerised by how you could directly control what was happening on screen, and fell in love with it. Over the next couple of years I would make a bee-line for any arcade I saw and was exposed to classics such as Hang-On, Space Harrier, After Burner and Monaco GP.

In 1989/1990 some of my friends began to get home gaming systems, so I gradually became exposed to home computers like the Spectrum and Commodore 64, along with the NES and Master System. I really began to take notice of these things then, so my brother gave me his old Commodore VIC20, which is the first gaming system I owned. But I wanted more. I pestered my Mum for a Master System, and for X-Mas '91 she not only gave in, but went one better... and bought me a Sega Mega Drive! My conversion was now complete, and over the next 29 years (and counting) I would go on to buy pretty much every gaming system to be released. I dread to think how much money I have spent on gaming over that time.

Once I started working the amount of games I started buying went through the roof... I was buying far more games than I could realistically play, but I didn't realise how bad it actually was until I joined this website. Wait.... I have over 2000 games I've not even finished? That's ridiculous. And so my quest to start beating my games began...

Some notes about my backloggery...

- There are several games I own more than once. If I beat one of them, the rest will be nulled. This only applies if the games are identical in terms of content. This will allow me to focus on games I have never beat, but yet also allow progress if I happen to beat a game I've beat before on another system.

- If I get a game for free, or generally feel indifferent toward a title I will tag it as 'null' until I actually start it.

- There are some games that do not have a logical conclusion (most sports games and some arcade titles). These I also tag as null.

- A game is beaten once I reach the credits, beat the final boss, win the final race or finish a certain game mode.

- A game is complete if I get all achieves/trophies, get gold medals on everything, find all secrets, get 100% on any in game tracker or beat the game as all characters or on the hardest difficulty.

- I don't really use the 'master run' thing as I'm far to busy trying to tackle my unfinished games!

- Games I have beat but don't own will be included but tagged as 'other'.

My overall targets for 2020 are to:
a) finish the year with a positive memory card score for once
b) finish a game beginning with every letter of the alphabet... in order
c) beat at least 5 'bucket list' games

My taste in games has changed dramatically as I have got older. I was obsessed with fps games about 20 years ago, but they typically bore me now. These days I find unique concepts and engaging storylines far more appealing than mindless violence.

My favourite console of all time is a tie between the SNES, Mega Drive and Saturn. Damn the 90's was incredible for gaming!

Becoming a parent has drastically reduced the time I can spend gaming. And I wouldn't change that for the world!

And finally... here are some of my favourite games ever -

Thanks for reading and good luck with your backlog guys!

New: Harry Potter and the Chamber of Secrets  (GCN) 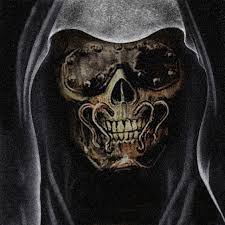 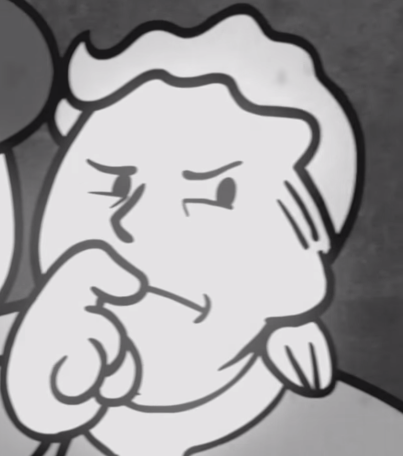 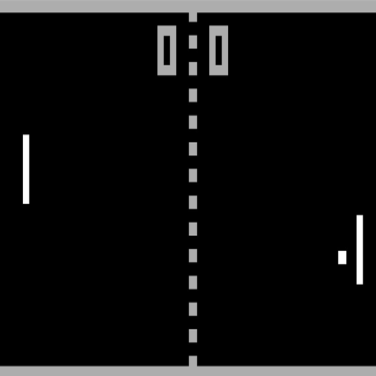